One of the interesting points Yeshua makes about the University at Kapilivastu is that it was the same place that the Master Gautama Buddha grew up. He also said that the school was next to a pastoral lake. Curious, I browsed on information about Kapilivastu and found a spot called Tilaurakot in Lumbini, Nepal. It’s believed by many scholars to be the site of the palace and city in which the Buddha was raised. Yeshua said he recognized that this was the place he went to school.

(You can read more about the Tilaurakot dig here.)

It seemed at first that perhaps Yeshua was mistaken, because there was no lake near Tilaurakot, only a river. Then I remembered, it was 2000 years ago and topography can change. So, I quickly consulted Google Maps. This first picture is an aerial image of Tilaurakot and immediate surrounds, including the river: 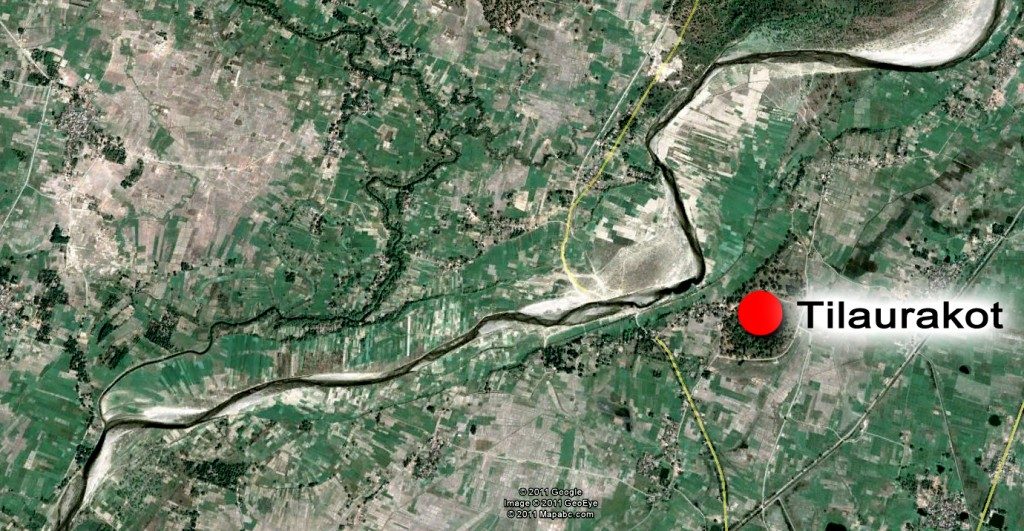 As I looked at this image for several minutes, I realized that the terrain has natural features that suggest a lake may have been there at one time. The next image is of that same area, but filled in with blue as if the natural fit of the land were a lake at one time: 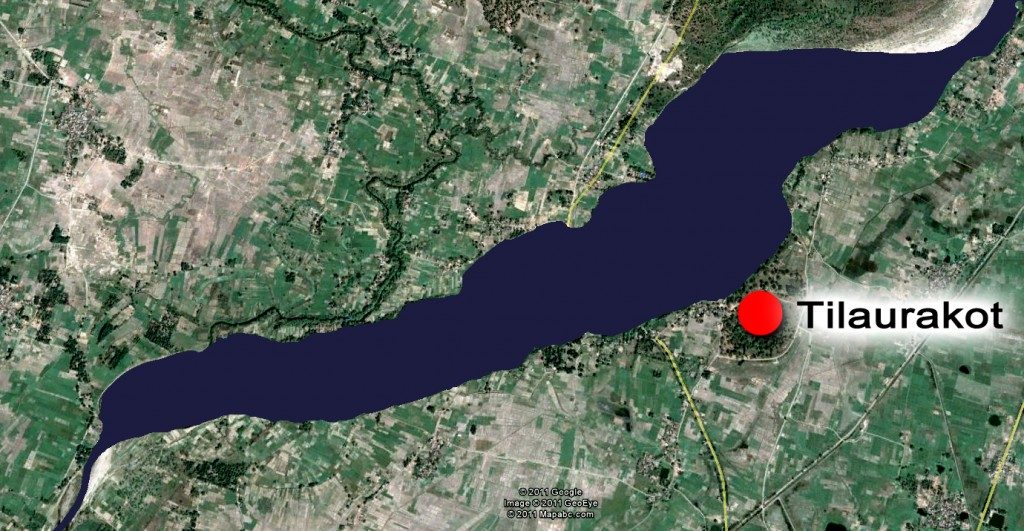 Seems a likely truth that this is the actual site of Kapilivastu, and the same place described to me for the book.

I wanted to know how everything worked. The why of it all was my ever-present quest.”
Yeshua son of Joseph from Galilee